On December 18, 1927, at three-thirty in the morning, Walter Benjamin began writing a memorandum titled “Main Features of My First Impression of Hashish.” It is characteristic of Benjamin that the first fact he thought it necessary to record was not the time he had taken the drug but the time he started writing about it. Like the books he read and the streets he wandered—like life itself—hashish was important to him less for its own sake than as a subject for interpretation.

For a writer with Benjamin’s interests and allegiances, a rendezvous with hashish was inevitable. The surprising thing is that it took him until the age of thirty-five to try it. As early as 1919, he had been fascinated by Baudelaire’s “Artificial Paradises,” in which the poet issues warnings against the drug so seductive that they sound like invitations: “You know that hashish always evokes magnificent constructions of light, glorious and splendid visions, cascades of liquid gold.” END_OF_DOCUMENT_TOKEN_TO_BE_REPLACED

Those Holy spirits depart from this world by the heavenly  path of sun and reach the abode of Vishnu or supreme being and unite with them. 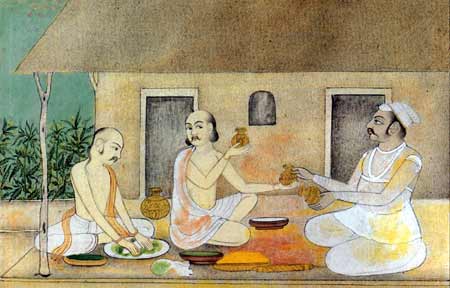 Every image is a sleep for itself je brousse les images [...]